The Independent Photographer has just released the winners of its Travel Photography Contest! Many images from more than 30 different countries have been reviewed and 10 Winners and Finalists have been selected by our esteemed judge Steve McCurry.

Steve McCurry has been one of the most iconic voices in contemporary photography for over three decades and has created a unique collection of work featuring some of the most famous images of our time. McCurry’s work spans conflicts, vanishing cultures, ancient traditions, and contemporary culture alike – yet always retains the human element that made his celebrated image of the Afghan Girl so powerful.

With countless exhibitions around the world to his name, he has been recognized with some of the most prestigious awards in the industry, including the Robert Capa Gold Medal, National Press Photographers Award, and an unprecedented four first prize awards from the World Press Photo.

This summer, we wanted to see images that communicate the life of a place in all its splendor and trigger our memories. Whatever the subject may have been: Street, Portrait, Landscape, Documentary: We wanted to share your journey, visually and intellectually!

We are excited to present the images of 10 artists whose work shows an incredible level of talent. All full captions can be found on The Independent Photographer’s website.

Congratulations to all winners and finalists!

“Portrait of a young girl called Safina, along with her aunt, in her hut in Haji Pir.”

“This image has most of the elements that I look for in a successful photograph. To me, a successful portrait is one that captures what life looks like for someone else and says something about the human condition. I am always drawn to a portrait that shows a natural situation and doesn’t feel too posed. The color palette is interesting and the light is indirect and soft.” – Steve McCurry 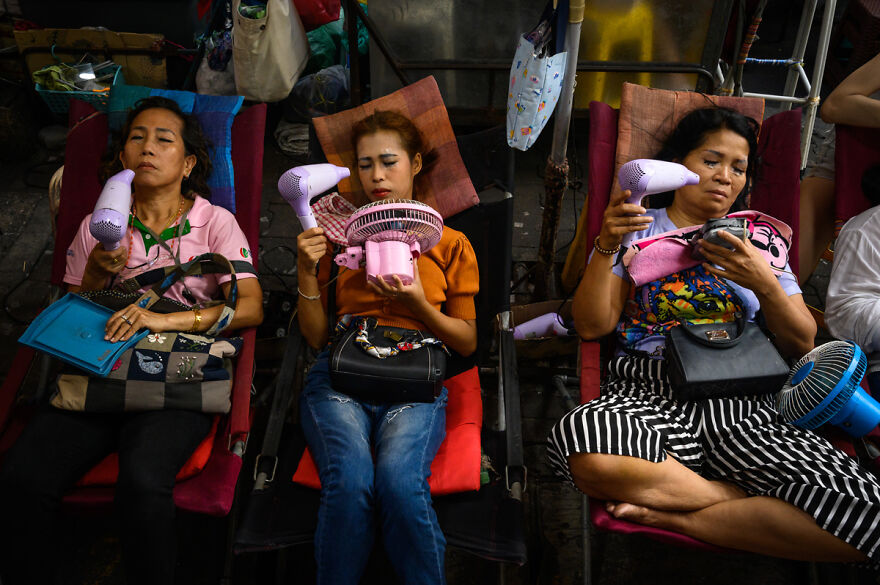 “For me, a good photograph is about telling stories whether it’s portraiture, human behavior, or how we live on this planet. This image is a great example of an interesting study of human behavior. It has a bit of humor, mixed with a slice of real life. Unguarded moments like these always make for a fascinating story.” – Steve McCurry 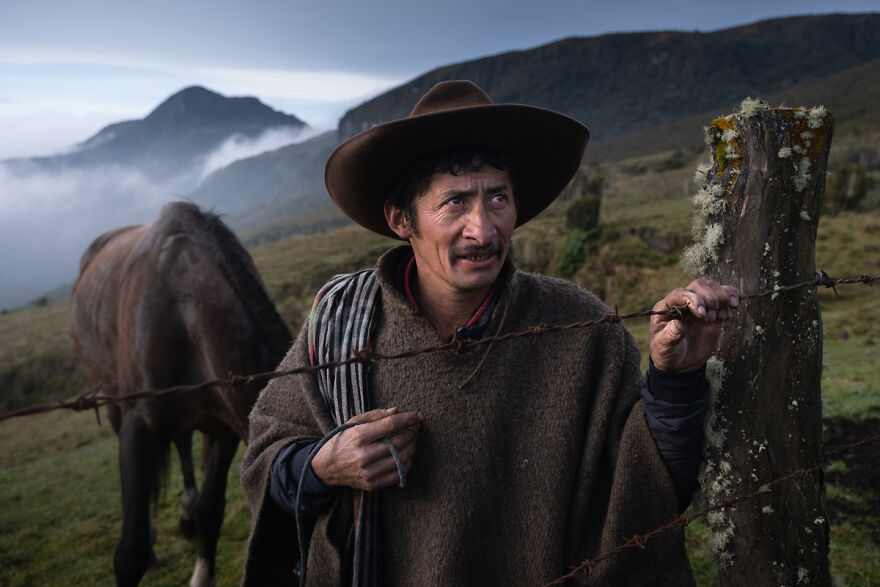 “Few people know that there are mountains and volcanoes culminating at more than 5000 meters above the sea level in several mountain ranges in Colombia. For centuries, the Colombian people of these lands have lived isolated, relatively far from civilization. But with the development of big cities lower in the valleys, and the promise of a ‘better’ and more comfortable life, the lifestyle of these ‘Vaqueros’ – cowboys – is slowly disappearing.”

“Nicolas Castermans’ depiction of a Colombian ‘Vaquero’ is a wonderful image that conveys the isolation and dignity of his rapidly fading culture. Beautifully framed, our subject is pictured before his grazing steed as though offering protection, whilst behind them, the verdant cloud-glazed peaks – which the pair navigate daily as one – fade into the horizon.” – The Independent Photographer Editors 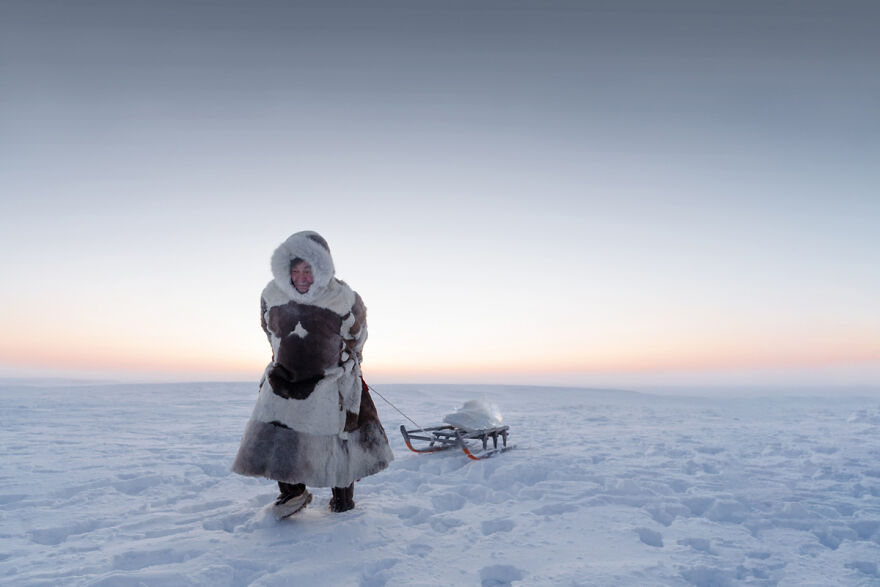 “Inside the tents of the Nenets (Chum), the man ceases to be the undisputed leader, because this task falls to the woman. But Sacha’s gaze seems to want to underline that he knows all the questions and all the answers, inside and outside the Chum.” 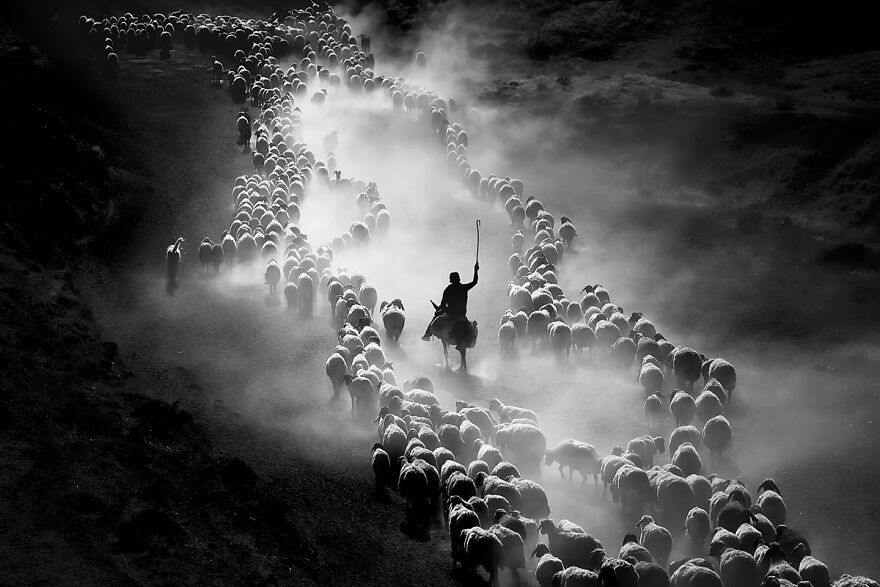 “The dusty and arduous journey of sheep herds in Bitlis, Turkey. Sheep herds do this dusty path to reach the highlands where they graze until the middle of July after milking.

The number of sheep herds in Bitlis, Turkey, is decreasing day by day. Animal owners who cannot receive state aid turn to other sources of income by selling their animals. It could be that in 5 years we can’t take these kinds of photos anymore.” 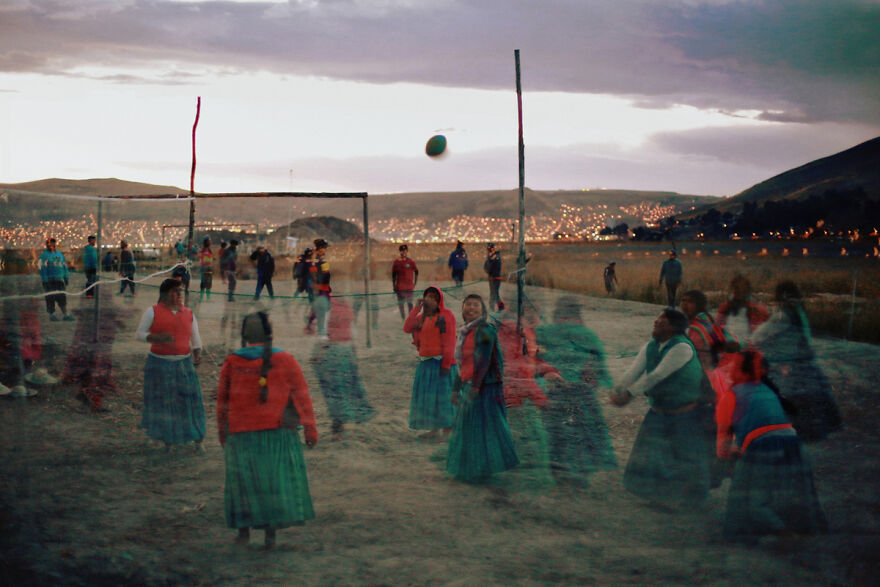 “Women playing volleyball on the Titicaca Lake in Peru.” 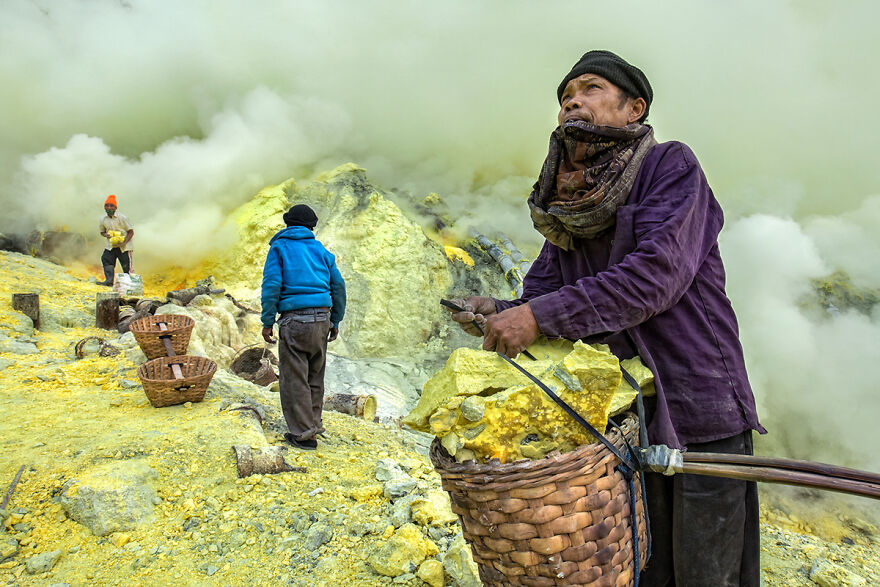 “In Indonesia, on the island of Java, there is the Kawah Ijen volcano. In the crater of the volcano, these men extract sulfur. A hard and dangerous job. I spent a few hours with them to make a report.” 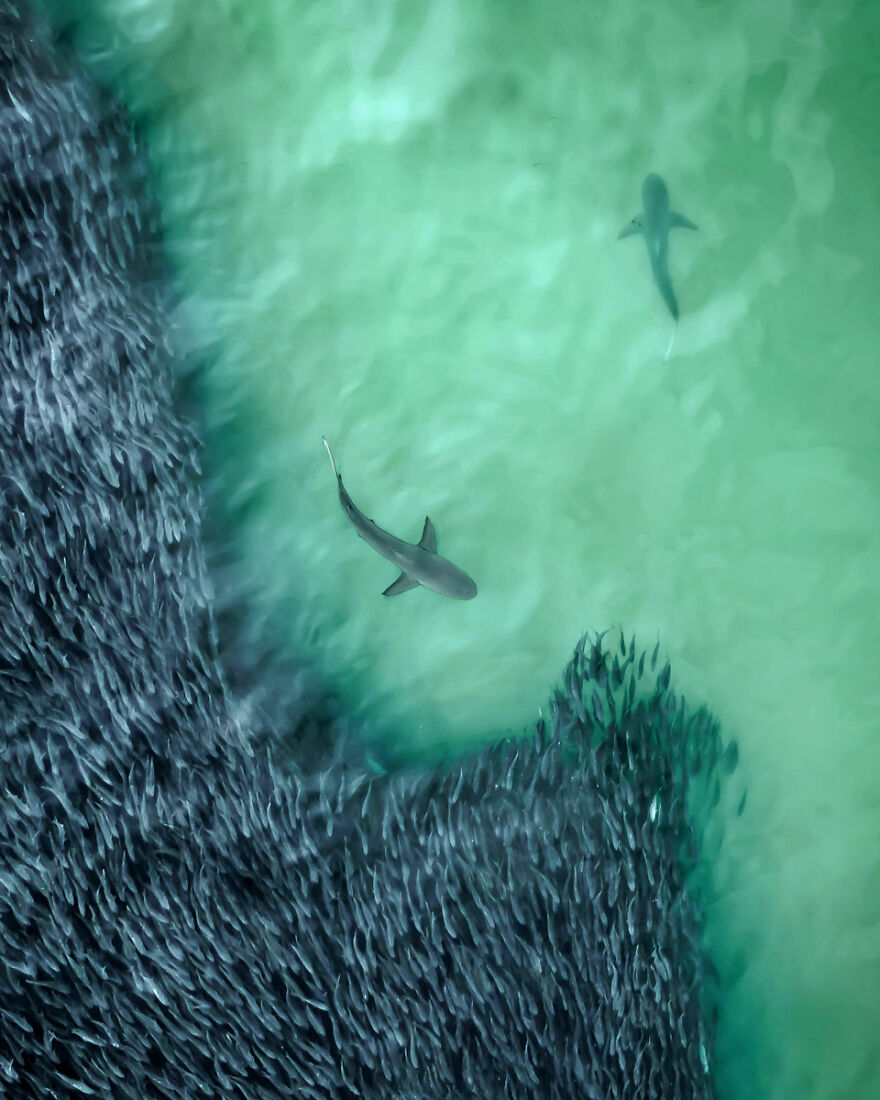 “Drone photo was taken just off the coast of Southampton, NY. This is a school of menhaden fish and most likely spinner sharks.” 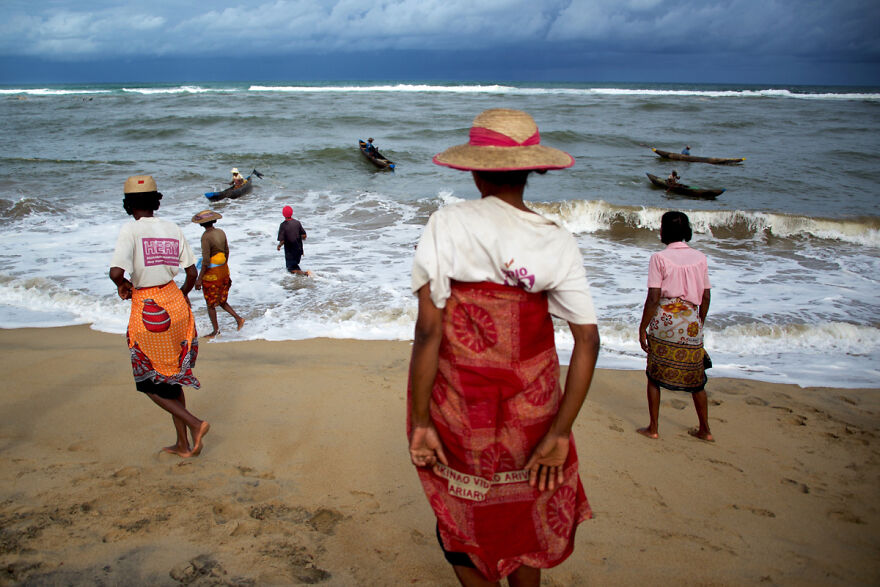 “Women come to help the fishermen with their pirogues as a storm imminently approaches. The picture was taken in Madagascar.” 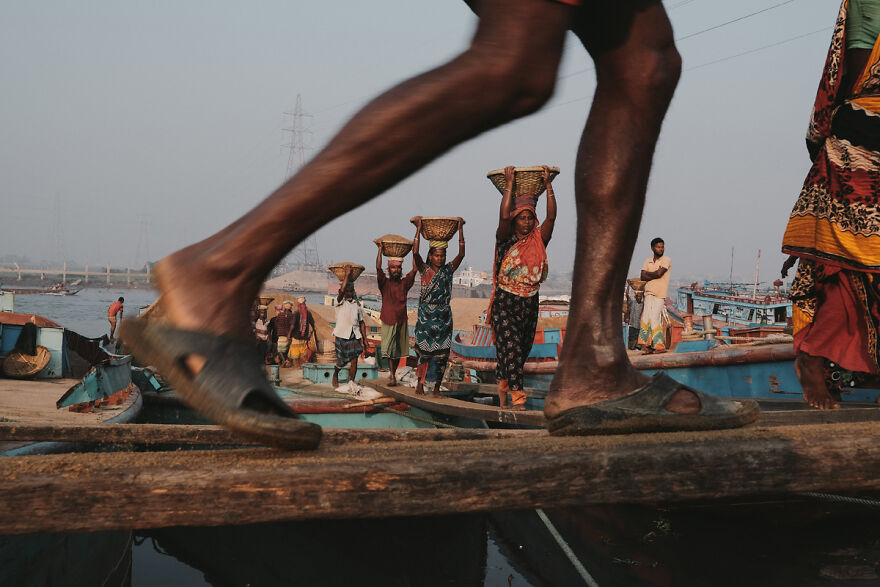 The winner’s collection celebrates the work of all award-winning photographers capturing life in its most vivid forms. These unique and international artists constitute the best of the photographic scene and we are delighted to share their work.

This month we are celebrating street photography of all styles, and are on the hunt for your most compelling examples!⁠ – Candid depictions of quotidian life; prismatic hues amongst the grey of the city; subtle moments of joy, humor, or love: we want to see YOUR streets!⁠

The deadline for submissions is the 30th of September, 2022.